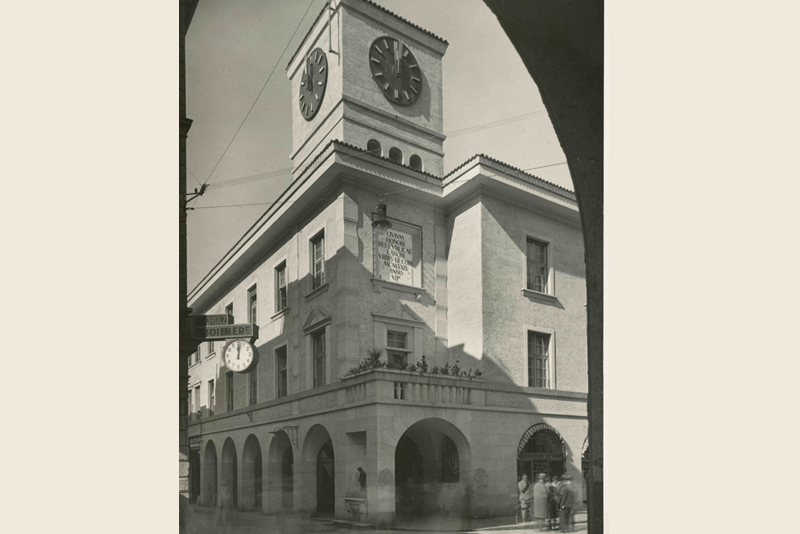 The town hall was built between 1928 and 1932 by architect Ettore Sottsass, with its tower, corner balcony, the fresco work of Albert Stolz and the fountain. 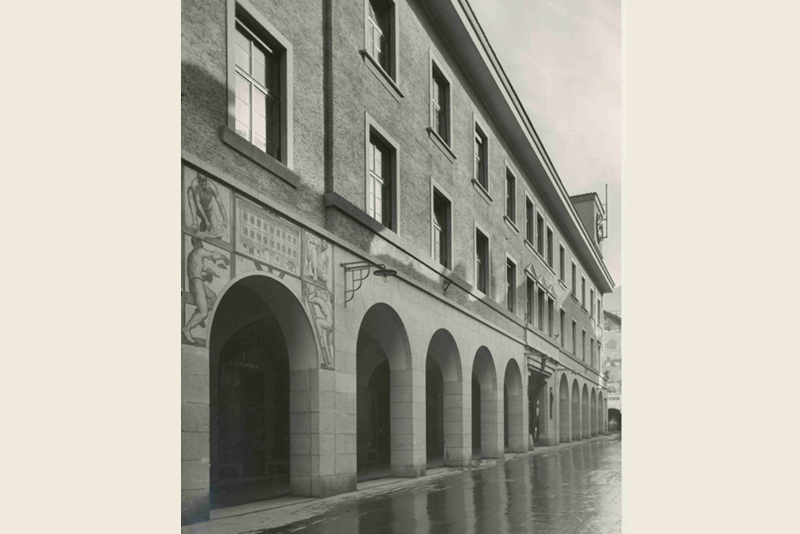 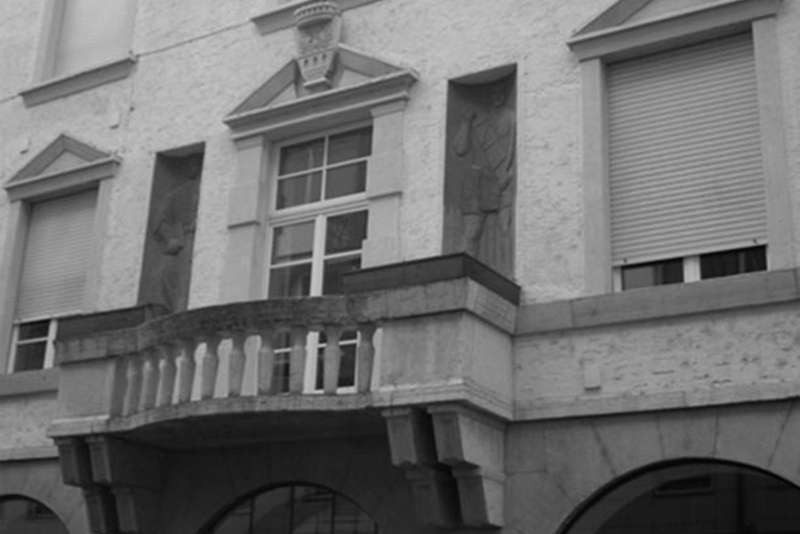 The six relief figures on the niches are works of Albert Stolz and represent the allegory of concord, justice, law and administration, work, agriculture and tourism. 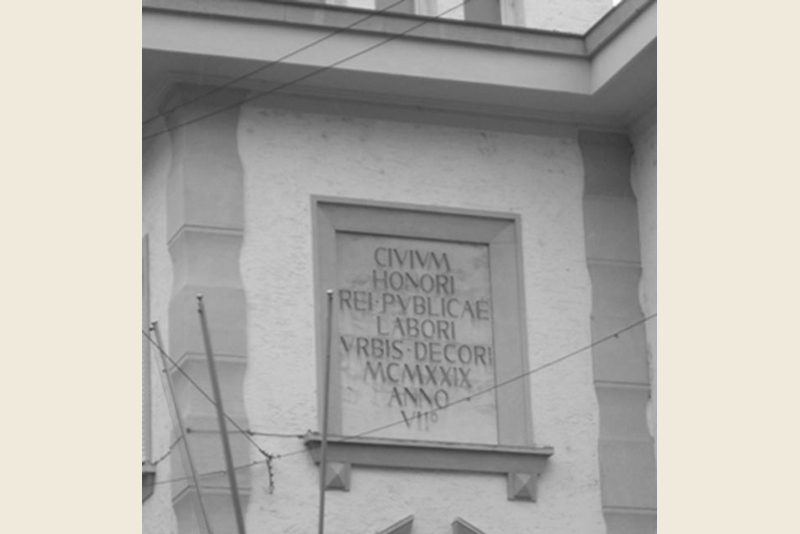 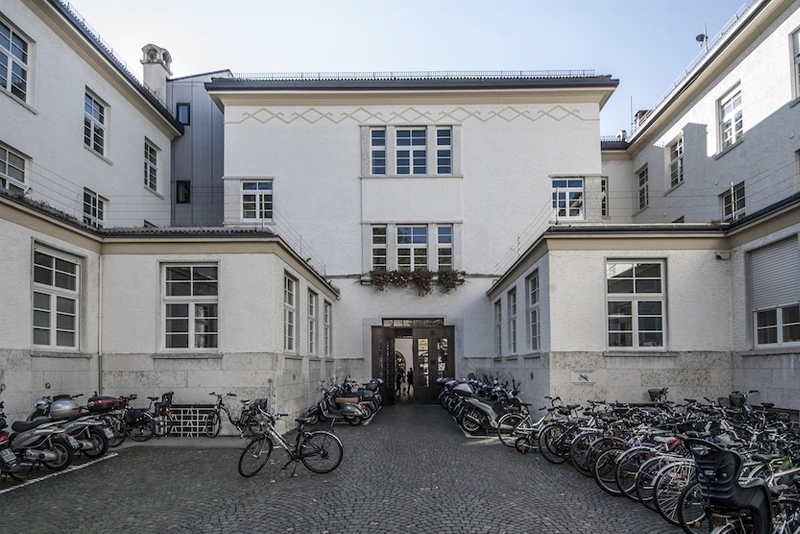 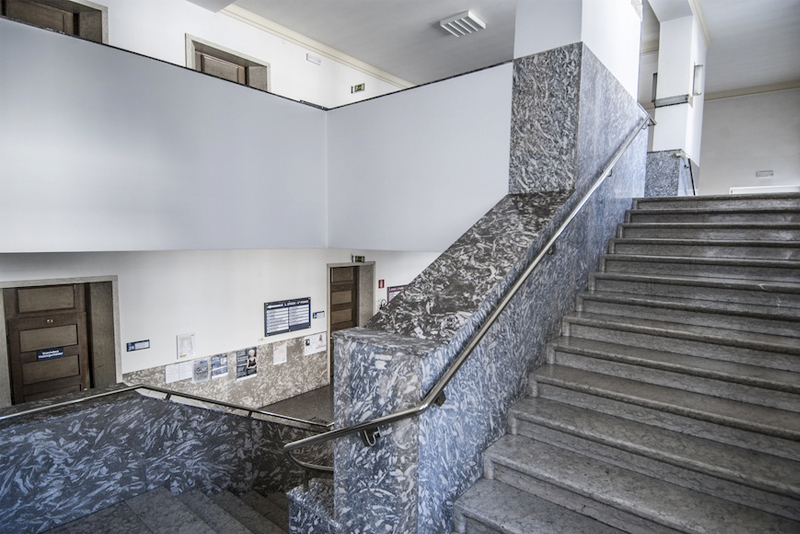 06- Interior of the town hall today.

The town hall was built between 1928 and 1932 and was the first of the architectural interventions of the fascist regime, even if already before the outbreak of the war, in 1914, the city had banned a competition. The Ettore Sottsass building winds its way between the ancient Portici, from which it comes to life, and the Castello Principesco. The different buildings run longitudinally and apparently parallel, opposed without ever closing either in the Castle or in the arcade. The lines are austere and each decorative element governed by geometric shapes. The link with the historicist style and the Novecentist style is clear. The building has three floors, the first is to create the Portici, the second and third are pierced by a long theory of windows that, on the south facade overlooking Via Portici, continue uninterrupted, while on the east facade the plant central of the round balcony and the decorated niches interrupt the rhythm. The clock tower, perhaps a little low and squat, is still an interesting element. The frescoes and relief figures in natural size on the eastern facade are the work of the Bolzano painter and sculptor Albert Stolz.