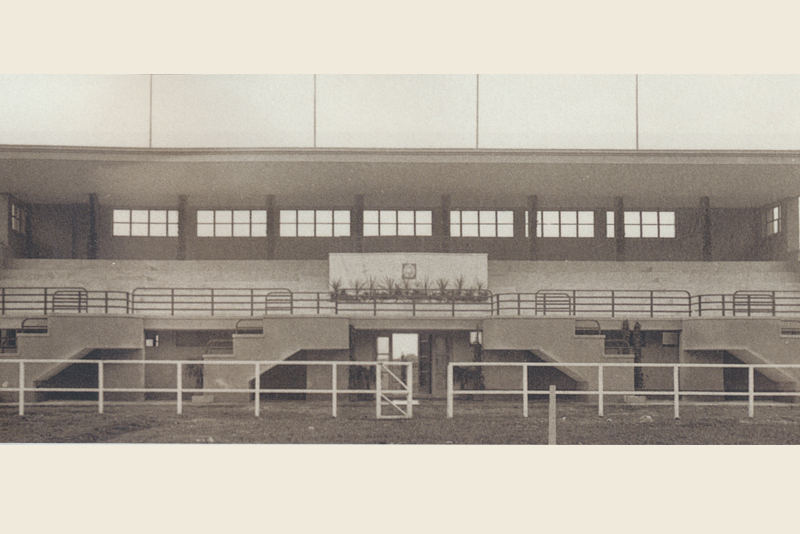 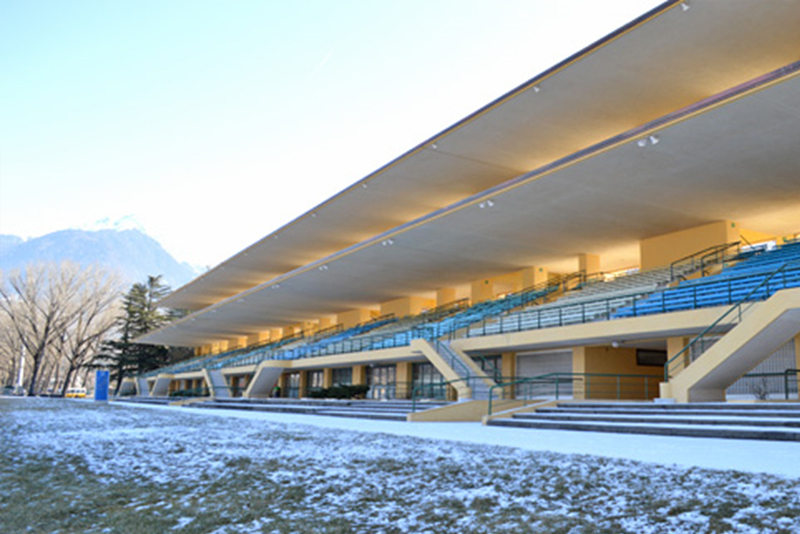 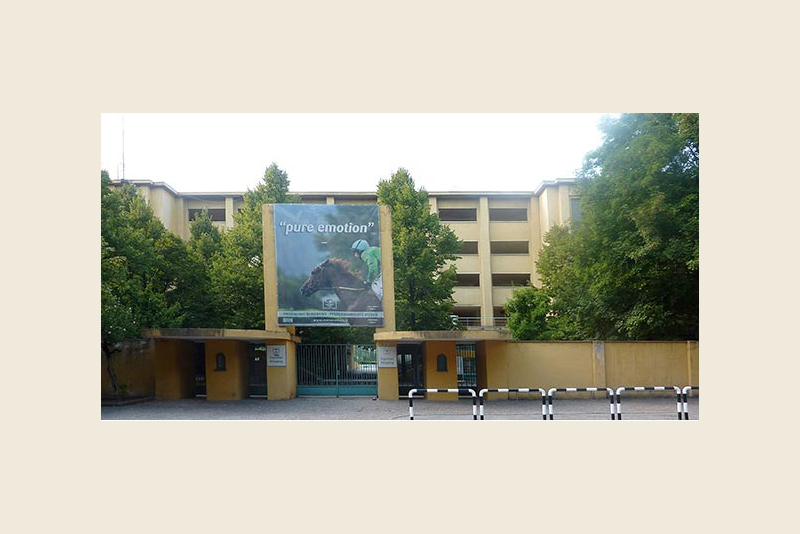 Entrance to the racecourse. 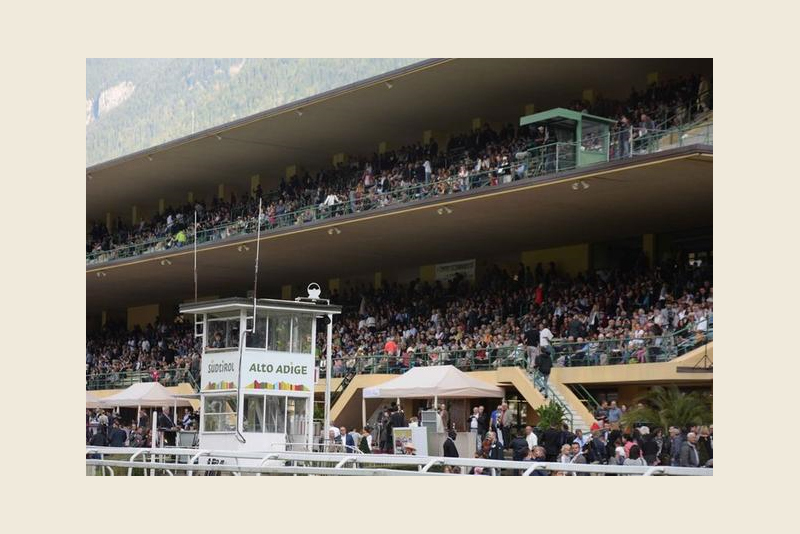 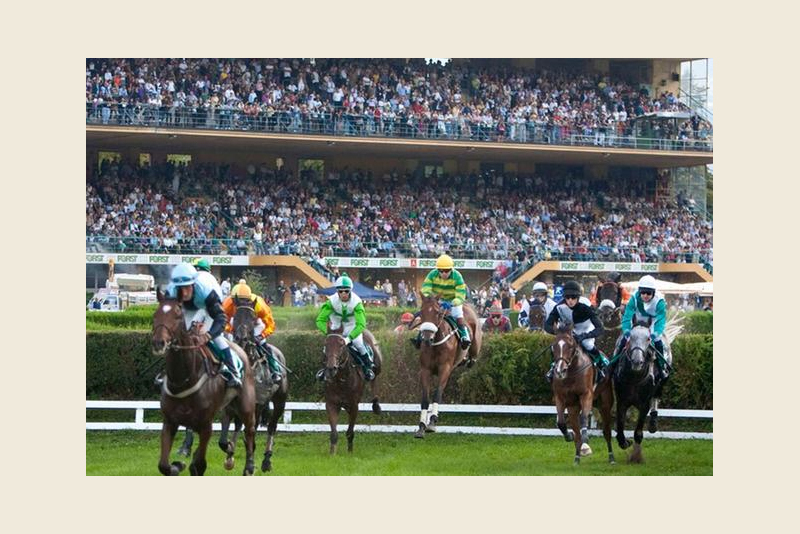 In the early thirties, the racetrack was entirely renovated with the construction of new stands. In 1936, however, it was decided to redevelop and show the widening of the area that would have given absolute preference to horse racing. The fascist government of the city decided, in fact, to build a real racecourse that had to be entrusted to an expert in the field. The project was given to the architect Vietti Violi who at that time already had realized numerous racecourses in Italy, such as the San Siro and Capannelle plants and in the colonies.

The Vietti Violi project envisaged new and larger forums. The main grandstand is structured on two levels, the flat roof shows a 12-meter overhang. It is 150 meters long and can seat 15.00 spectators. The architecture of the tribunes, which can be accessed by entrances positioned at the back, next to the boxes, the boundary wall and the entrances have the flavor of the architectural change that Vietti Violi had undertaken in those years approaching the rationalist style so popular in those years, the sequence rhythm of the stairs, the porthole windows of the sides and the flat roofs testify to it.

The complex has an important and diversified historical value: with its architecture it tells an important stylistic parenthesis and the biography of a great architect. For its beginnings it represents a fascist heritage, a “dissonant heritage” that must be reworked, contextualized, explained to the younger generations. The whole complex is the witness of the history, long eighties, of the European horse race that here at least once a year gave an appointment. It represents the urban society and its development but also the cross-section of the evolution of tourism and its tastes. On the political and social level due to the rationalist lines of its architecture, it has represented a reason for debate and opposition with the will of a large part of the population to bring it down.