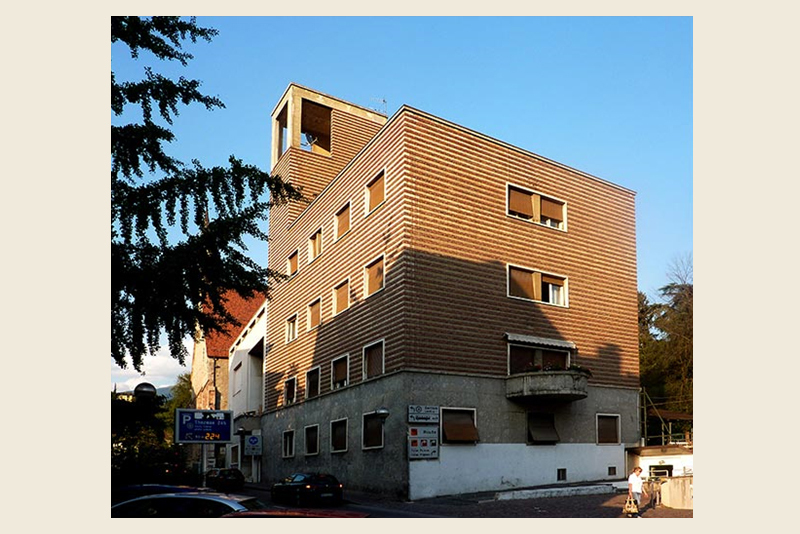 Facade of the former Fascist party building, with horizontal bands in grey breccia and red bricks (1938). 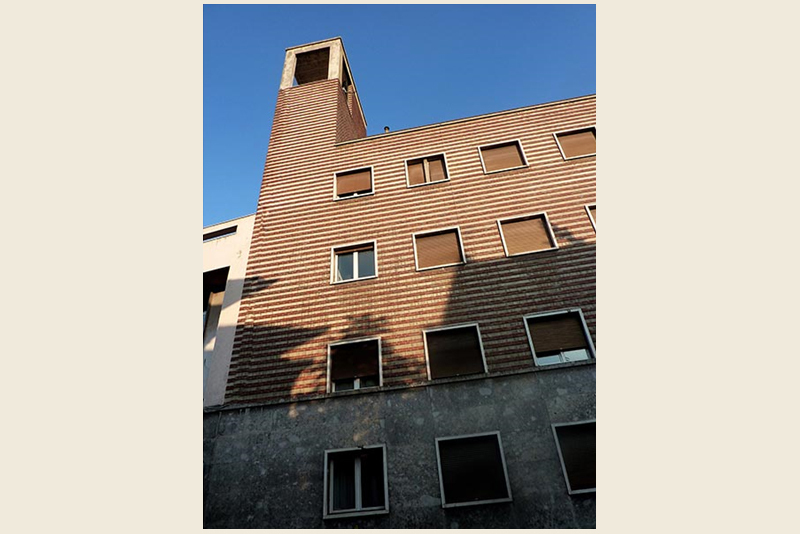 Immediately after the war, the former Fascist party building became canonical and seat of Catholic associations. 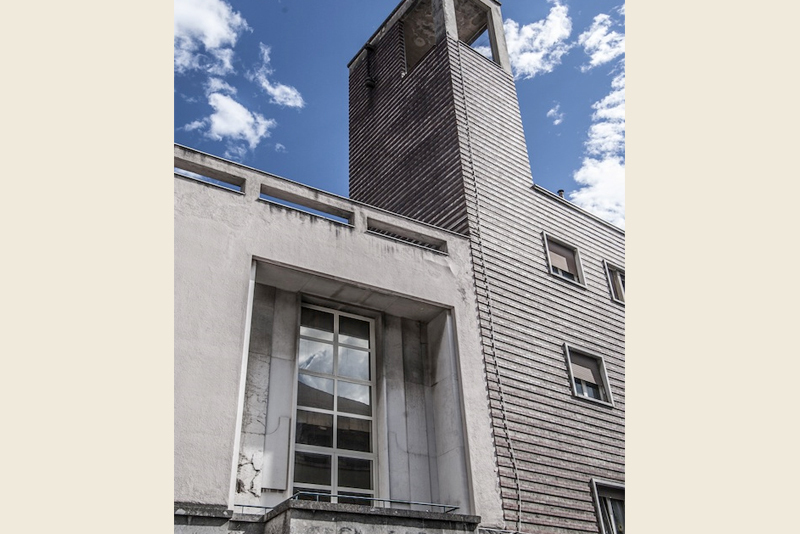 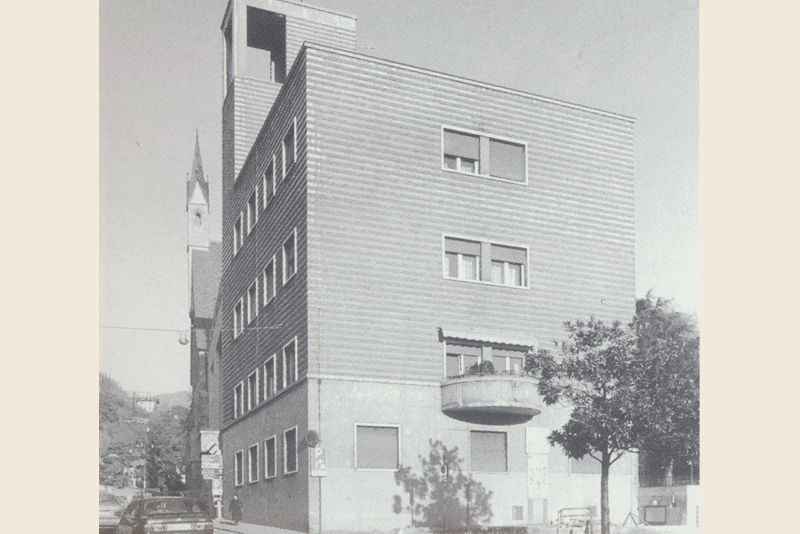 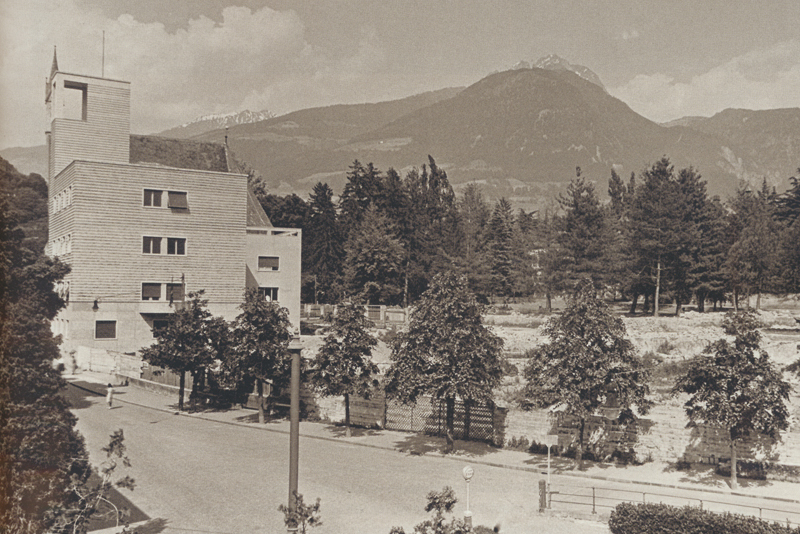 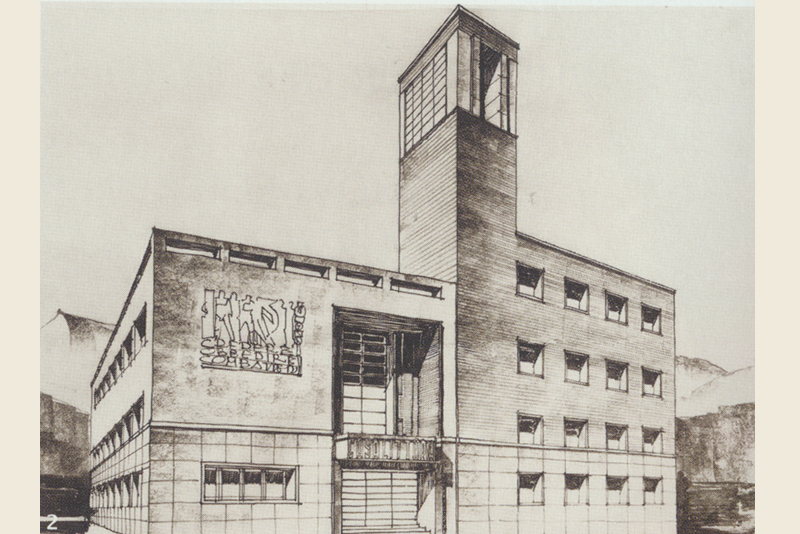 Historical design of the Casa Littoria.

The free-plan building is made up of three buildings, one against the other, geometric and essential. There are a balcony and the lictor tower. The building looks like an imposing block visible from afar. However, it is made lighter and gentler by some measures such as the tower pierced by a quadrangular opening and raised by a plinth in grey breccia surmounted by the series of opposing bands of bricks and grey breccia. Bernardi and Luciano Petrucci designed the perspective design, it was built in 1931 instead of the ancient medieval hospital.

Originally it was founded as a Casa Littoria with the normal functions of the Fascist party building. Once fascism fell, it became the home of associations, the same that fascism had reduced to silence and closed.

The historical value of this building is clear because it is associated with the myriad of buildings of similar structure and function that arose in Italy in the thirties throughout the peninsula and in the colonies. After the Second World War it was an important meeting place for the associations that, closed during the Fascist period. After reopening their doors, they were able to give space to a completely new society. Today it is very important as a meeting place for youth and scout associations.

As a fascist and propaganda relic it has, over time, stirred up some irritation, somehow suppressed thanks to the new use made of it starting from the post-war period up to the fifties and up to the present days.

Due to its social function, the building plays a prominent role in the context of the Meranese society. It is a point of reference for many young people, and then the seat of the parsonage and the home of the parish priest.