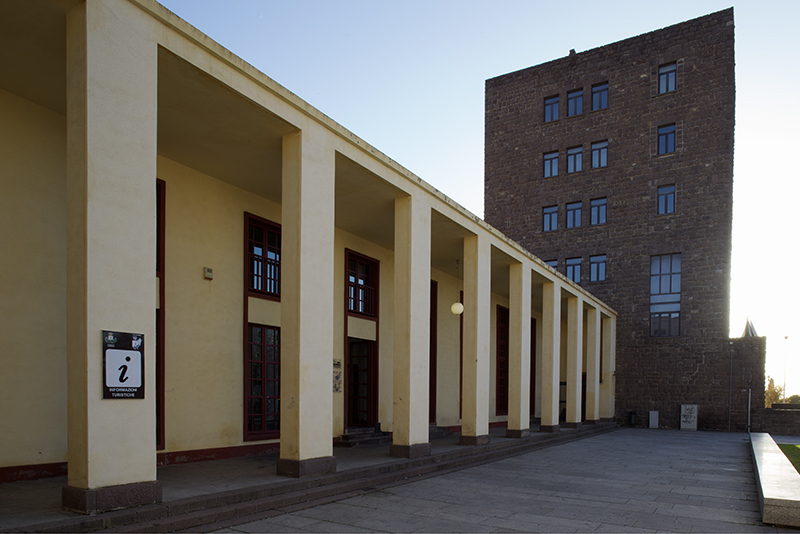 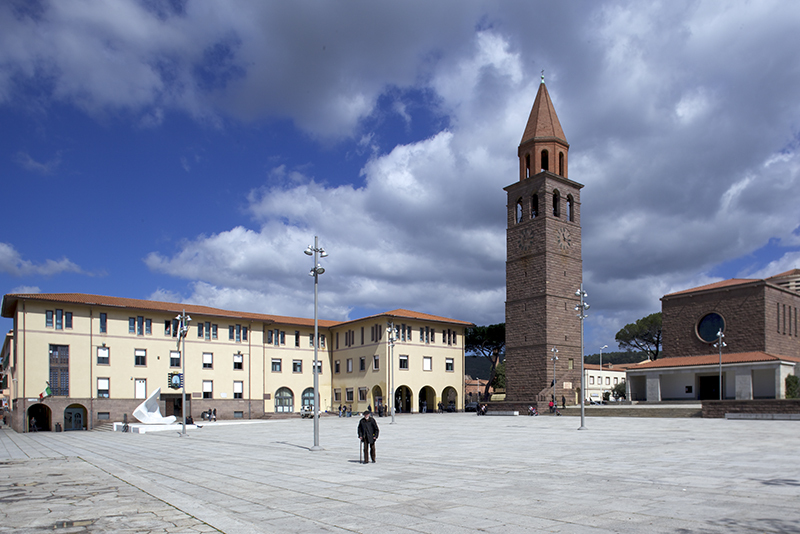 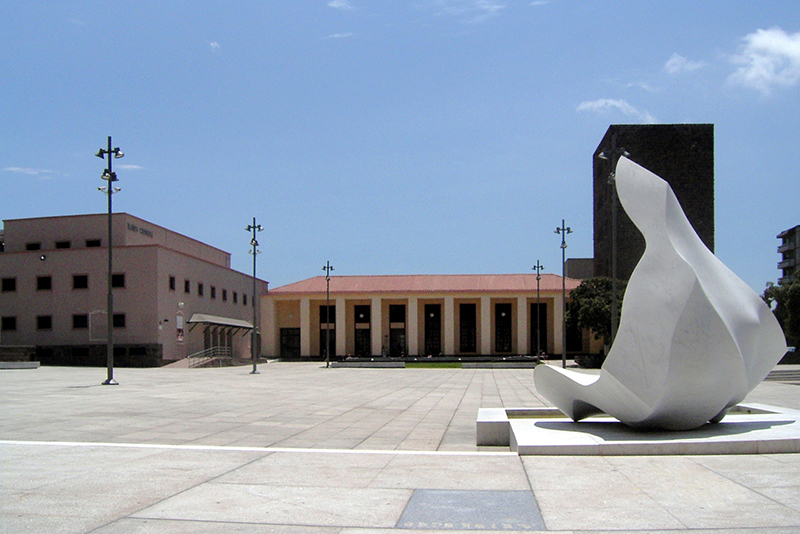 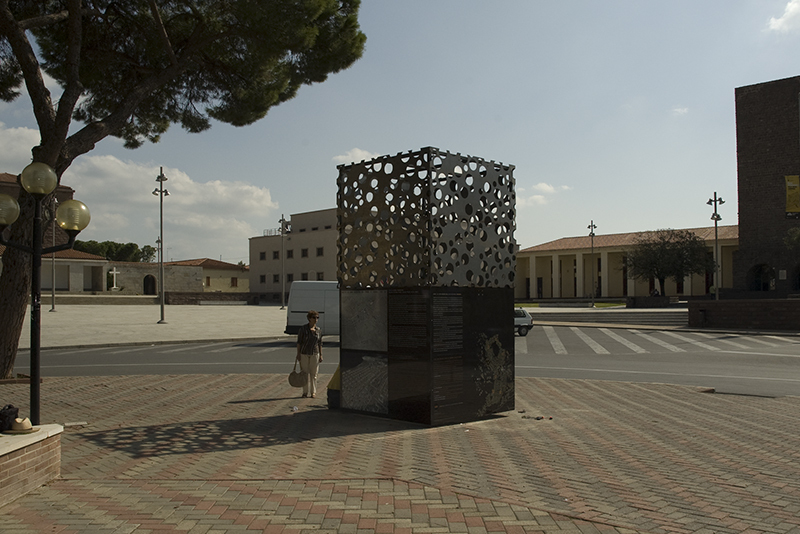 Piazza Roma, CIAM Itinerary (Itinerary of Carbonia's Modern Architecture), Totem on the construction of the city and its architecture 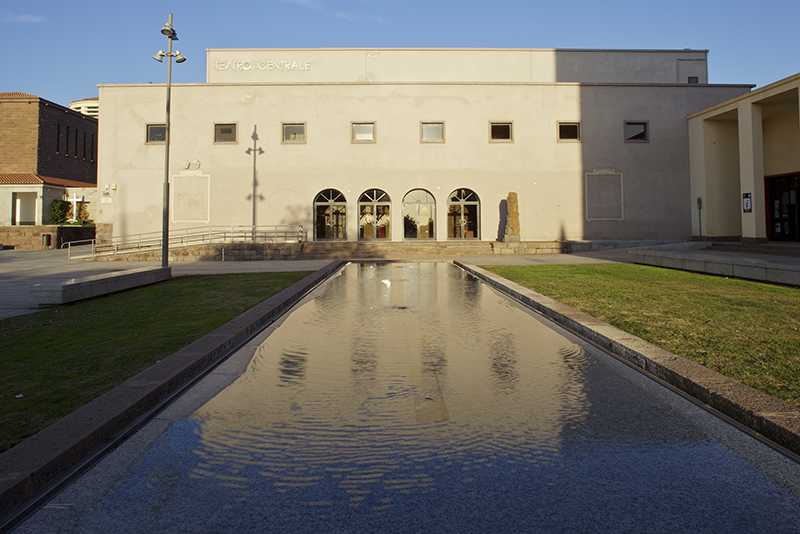 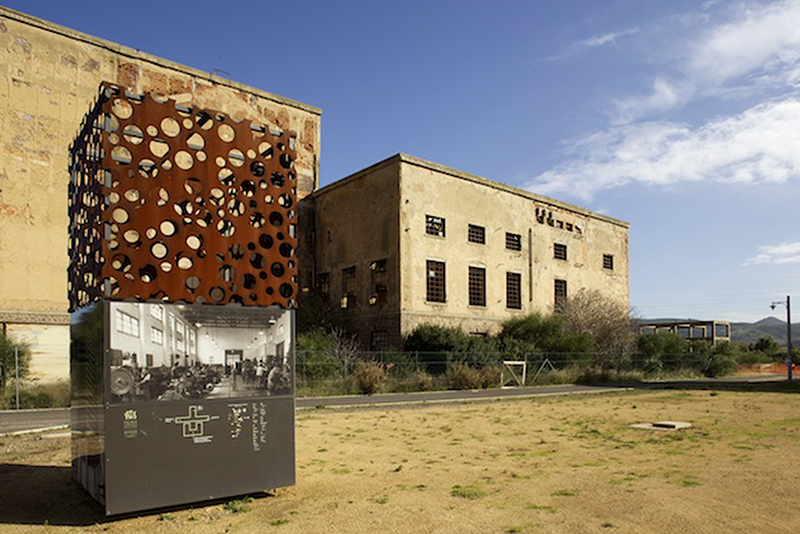 CIAM Itinerary (Carbonia Itinerario dell'Architettura Moderna), Totem on the history of the mine, old eletric plant of Serbariu in the background

Once a place of massive coal production, today Carbonia seeks to rediscover, reveal and renew its built heritage and the relationship between place, identity and landscape.

The town of Carbonia was founded during the autarchic period of the Italian Fascist regime. Built in less than one year, the newly planned town was inaugurated on 18 December 1938. It was one of the mining towns supposed to sustain Mussolini’s policy of economic self-sufficiency. In fact, its design was perfectly functional to serve the massive production of coal, putting thousands of miners under extremely difficult and dangerous working conditions.

Famous Italian architects, such as Gustavo Pulitzer-Finali, Cesare Valle, Ignazio Guidi and Eugenio Montuori were involved in the town planning and building design of Carbonia. Despite their heterogeneous experiences, the town project was perfectly coherent, representing a synthesis of Fascist propaganda and aspirations. The same concept was applied to the close-by villages of Cortoghiana and Bacu Abis, serving the urban and demographic extension of Carbonia as more and more coal was needed.

The town centre of Carbonia is dominated by a large square (Piazza Roma), enclosed on three sides by the town hall, church, OND building and the theatre. Piazza Roma thus represented and still represents the living heart of Carbonia. The so-called garden town develops around this centre in a perfectly geometrical way, featuring residential housing for the various social categories. The different types of housing represented the hierarchical structures of the mining company: the villa of the Director, houses for managers, the extended working class settlement mainly formed by four-family houses with garden, and finally the hotels for miners without families.

The restoration of its built heritage in the years 2000 granted Carbonia the prestigious European Landscape Award 2011. An urban itinerary transforming the town into an open-air museum is one of the results of this major project of cultural, historical and urban regeneration. The CIAM Itinerary (Carbonia Itinerary of Modern Architecture) integrates Carbonia into a vast network “Città del Novecento”, enhancing a synthesis between past and present and restoring the connection of the planned town and its mine.

The knowledge and promotion of Carbonia’s urban heritage is transmitted by these itineraries. They connect places and buildings that are crucial to the local citizens’ identity. In fact, one of the project’s objectives is awareness-raising and supporting the community to come to terms with this dissonant heritage.