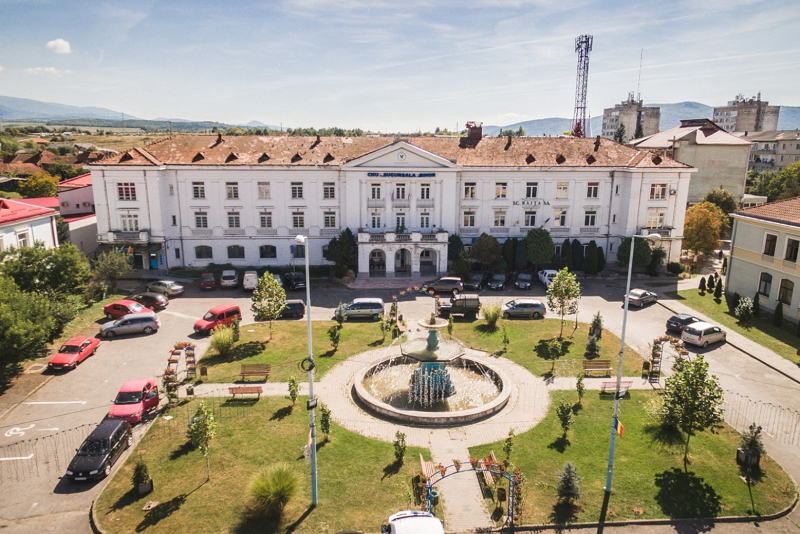 Town of Ştei (former town of Dr. Petru Groza): urban ensemble built during the Soviet regime of the 1950s – witness to the period of totalitarian post-war regimes 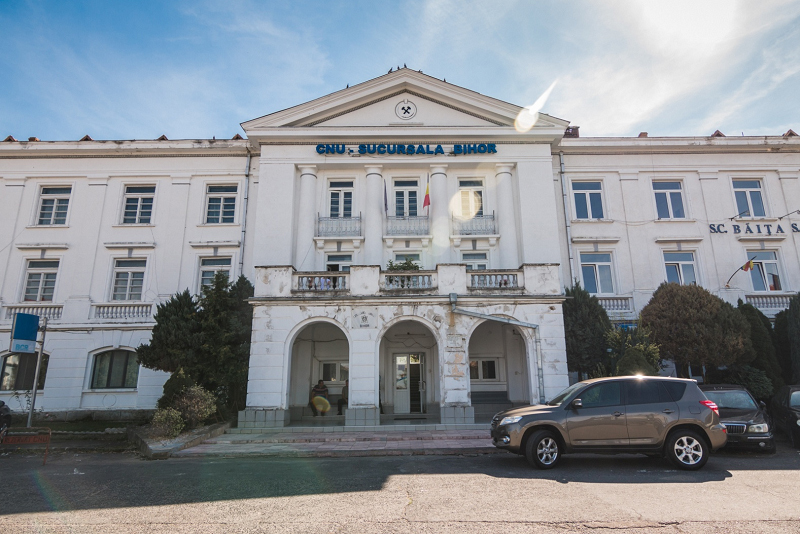 Town center of Ştei in the early 1960s

The Administrative Palace is the building of the city, formerly the militarized headquarters of the commanding unit, including the offices of the managers, engineers and geologists of Soviet-Romanian Society “Sovrom - Kwartit”.

The building has a martial and austere aspect, with a facade invigorated by three jutties. The central jutty is amplified by a distinct portico, symbolically echoing a Roman triumphal arch. The large balcony above the portico is aligned with the main road, which leads up to the Sports Community Unit and the Community Swimming Pool. A triangular pediment crowns the entire spatial composition which of classical Greek-Roman inspiration.

The building houses a valuable collection of uranium ore samples as well as original pieces of furniture and lamps dating back to the 1950s. These artefacts were conceived according to the design of the age and they are of certainly of interest to tourists. The entire building has preserved the atmosphere of the Soviet and post-Soviet totalitarian epoch, making it extremely interesting site for the discovery of the history and architecture of the Communist period in Romania.

The town of Ştei (county of Bihor) is located on the western fringes of the Apuseni Carpathian Mountains, in the Crişuri Plain. Situated right next to the beautiful Apuseni National Park, Ştei has great tourist potential. The area is especially interesting for its exceptional cave formations and rich thermal waters. Having preserved almost entirely its original appearance, the town of Ştei today is an open-air museum, displaying architecture that witnesses the Zeitgeist of the 1950s on the Eastern wing of the Iron Curtain.