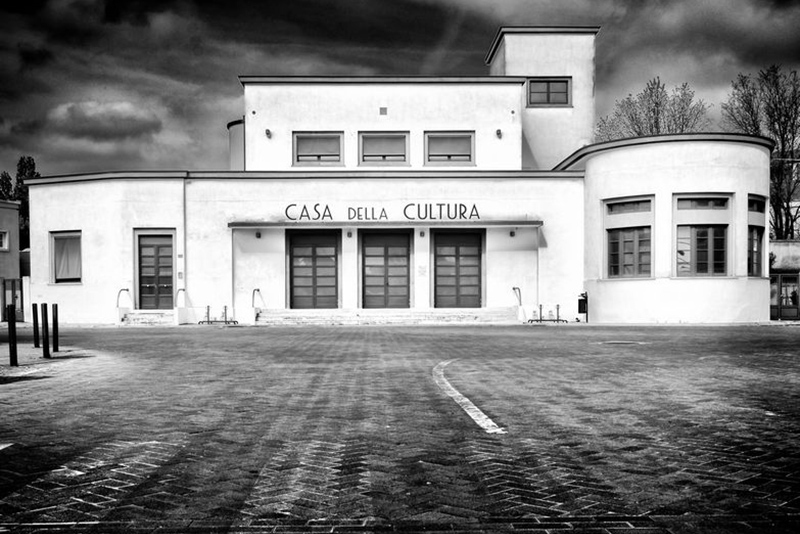 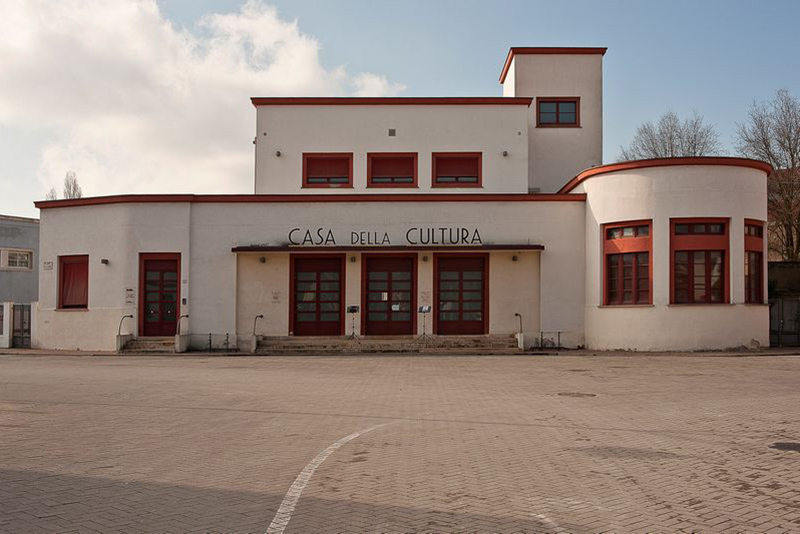 Today, the building hosts the town library and has been renamed as “House of Culture“. 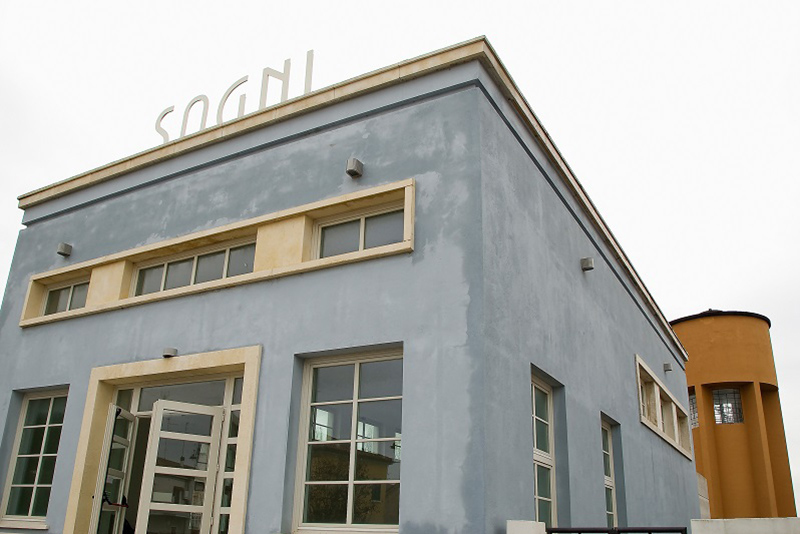 The annexed building: the former shower rooms have become a space for exhibitions.

Once a temple of the body meant to produce virile and strong young men, ready to fight, today the former GIL building has been transformed into the town library, promoting manifold cultural events.

The ONB (later GIL) buildings were a new type of building aimed at controlling the leisure time of young people. Since 1930, Benito Mussolini deployed a policy of consensus building, which involved education and social life. In fact, these sports and cultural centres constituted a dense network for the ideological indoctrination of young people.

Temple of the body

The two far ends of the main boulevard (Viale Roma) displayed the former GIL building on one end, and an existing church on the other end. Two landmarks: the new temple of the body in opposition to the temple of the soul. In fact, the aim was to form virile, physically strong and mentally hard young men, ready to fight. The importance of the building was highlighted by the presence of a 12 metres high tower.

The former GIL complex is a perfect example of rationalist architecture. Various facilities (reading room, medical examination room, toilets, weight room) can be found around the gymnasium, which constitutes the core of the composition. Connected to the main building was the separate Bagni building, which contained locker rooms and showers.

From ideological indoctrination to cultural plurality

In 2006, the building complex was transformed into a town library, representing the reference point for manifold cultural events. The former Bagni building, renamed as "Sogni" (dreams) has become a space for temporary exhibitions. Thus, a place of ideological indoctrination has become a place of cultural plurality.

Other examples of reuse in a cultural sense are the town libraries of Labin and Cesenatico as well as the future projects of the former nursery school Santarelli in Forlì and the former Casa del Fascio in Predappio.