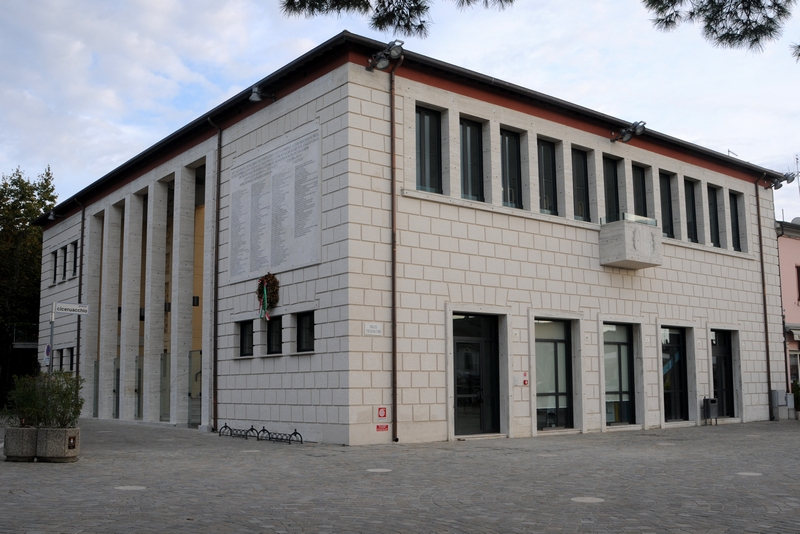 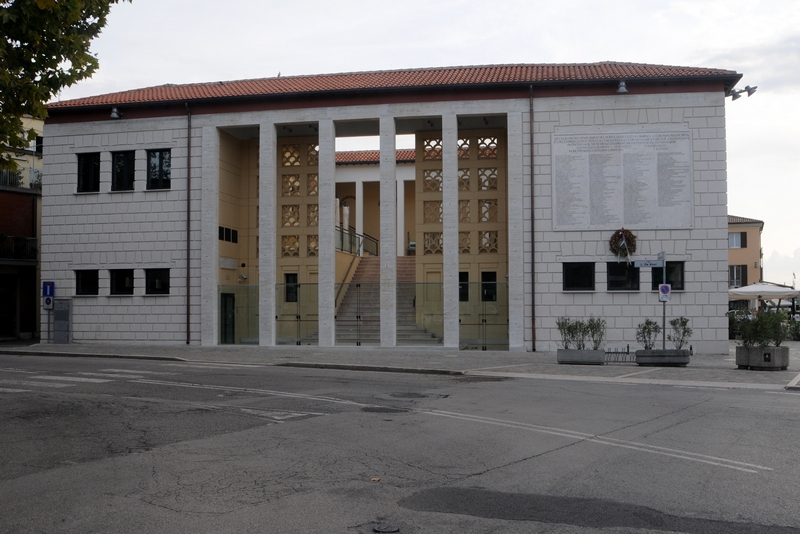 New cultural use: today, the former Casa del Fascio is the town library 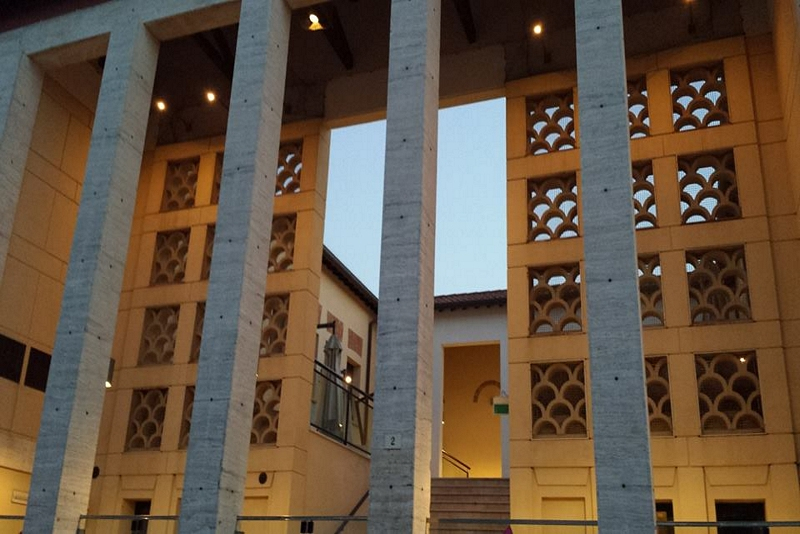 Once a place of Fascist propaganda for a violent regime, today a place of culture, art and knowledge- sharing. Where Fascist leaders once tried to shape people’s minds, today the public library aims at creating democratic citizens.

As Cesenatico had become one of the most important seaside resorts on the Riviera of Romagna, the Italian Fasci of Combat felt the need for a new representative building of the Fascist party. Saul Bravetti designed the Casa del Fascio in 1938. The site for its construction was of great significance, as it constituted the borderline between the old fishing village and the new seaside resort in continuous expansion (between Piazza Ciceruacchio and Viale Leonardo Da Vinci).

The building does not fully reflect the rationalist style of the time, but opts for a balanced relationship with the urban context. The façade on Piazza Ciceruacchio facing the canal tends to adapt to the architecture of the 19th century, while the main façade facing the new part of the town appears rather monumental and modern. An imposing porticoed entrance of reinforced concrete with a staircase leads up to the first floor and into an open courtyard. The whole building is covered with bosses of fake stone (printed concrete).

The inevitable balcony, symbol of Fascist propaganda, characterises the façade facing the canal. This typical architectural element was supposed to enable political leaders to address the public.

The former Casa del Fascio has been adapted to a new use, hosting the town library. Thus a place of propaganda for a violent regime has been transformed into a place of culture.