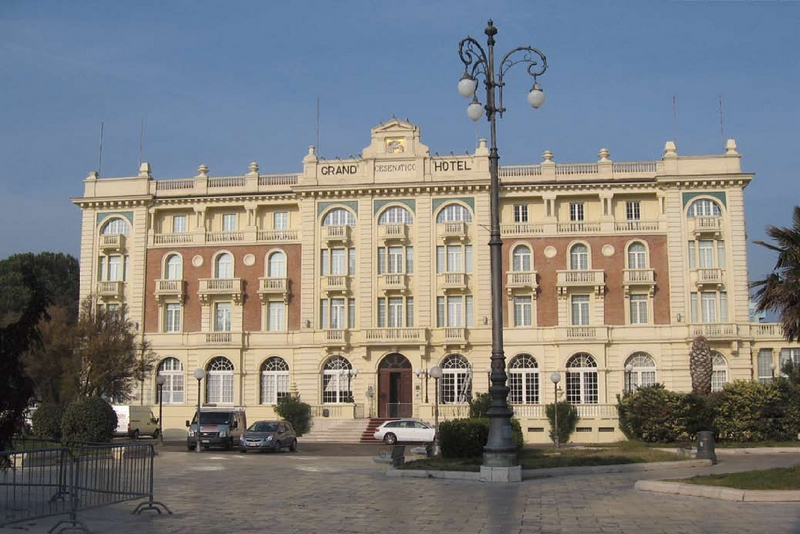 As Cesenatico began to take on a new life as a seaside town in the 1920s, a number of prestigious hotels and villas in Liberty style were built in the beach area, alongside the new Avenue Carducci promenade. The best-known example is the Grand Hotel, designed by Rutilio Ceccolini. The luxury hotel was built at the same time as the famous Grand Hotel of Riccione, in 1928. It boasted a large terrace providing direct access to the beach. Thanks to the Grand Hotel, the seaside town was able to meet even the most sophisticated needs. Thus, in the 1930s, Cesenatico became the second seaside resort of the Riviera of Romagna after Rimini.

In order to favour mass tourism in the seaside resorts along the Riviera, in 1937, a major raod was planned to connect Cesenatico and Forlì. The 24 km-long stretch of road was not only supposed to promote tourism on the seaside, but above all to promote tourism in the art and spa towns (Castrocaro Terme, Fratta Terme) in the province of Forlì. In fact, Mussolini carried out a number of programmes aimed at modernising the province of his origins. Urban design and architecture were decisive in the construction of the Mussolini myth in and around Forlì.