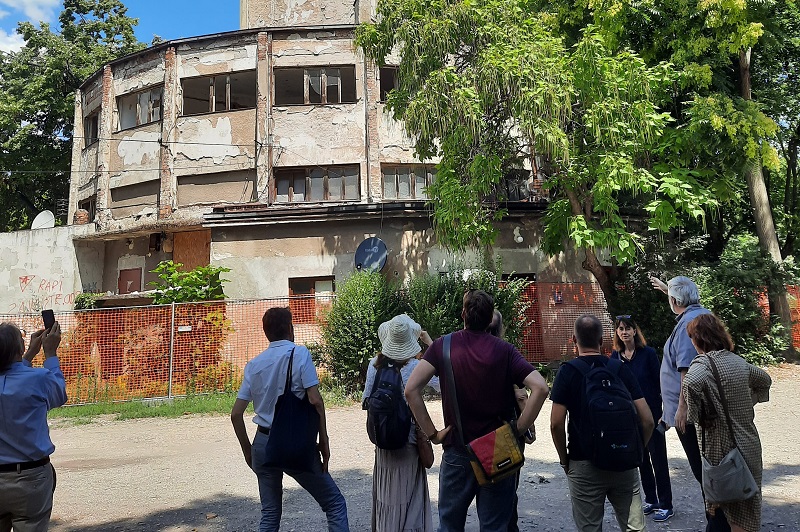 On behlaf of ATRIUM and as delegate for the ATRIUM President (Prof. Ulisse Tramonti), Patrick Leech participated in a workshop organised by the Council of Europe on the project of 'Places of Remembrance' in the framework of the programme Remembrance of the Holocaust and prevention of crimes against humanity.
The workshop is preparatory to a wider conference planned later this year and was organised by the Directorate General for Democracy, Directorate of Democratic Participation and the Education Department of the CoE. Among other things, the group visited the Saro Sajmiste (Old Fairground) area in Belgrade used as a concentration camp from 1942 to 1944.