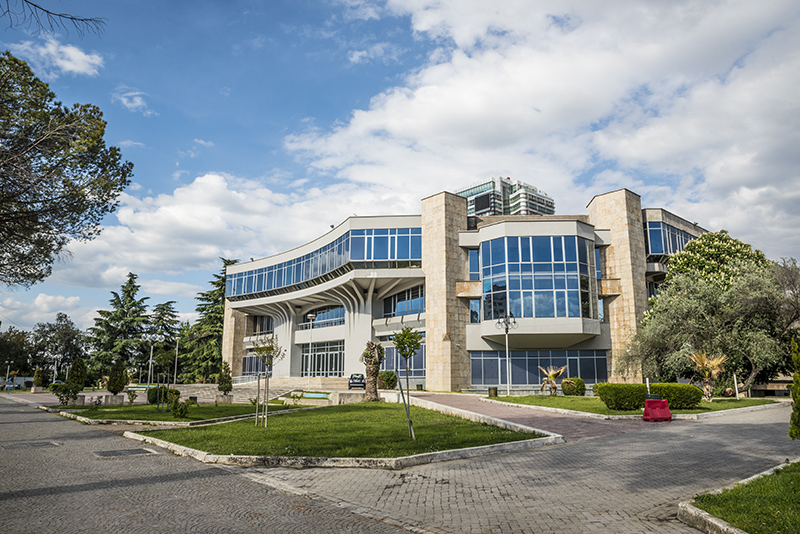 Displaying the power of the socialist regime

An instrument of propaganda

The Palace of Congress was designed as an instrument of propaganda, displaying the power of the socialist regime. It was built between 1982 and 1986 as a congress and conference centre for the local Labour Party in a central position on the Grand Boulevard, next to the Mother Teresa Square. As for its architectural style, the building was inspired by traditional buildings in Gjirokastra, Berat and by the north Albanian Towers.

The monumental Palace of Congress is 70 metres long and 23 metres high, able to seat 2,100 people. It is equipped with state-of-the-art lighting, sound equipment and air conditioning. The palace was designed in order to be able to change easily from a meeting hall into an opera theatre. Three smaller halls (for 150, 280 and 300 people) were designed as working environments for corporate meetings, private parties and other events. Today, the palace hosts conferences, festivals, exhibitions, trade and commercial fairs, ceremonies, concerts and other events.