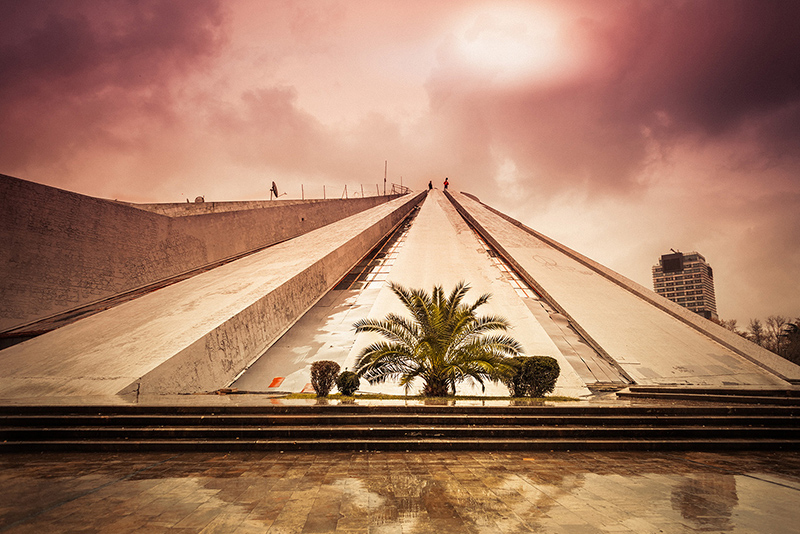 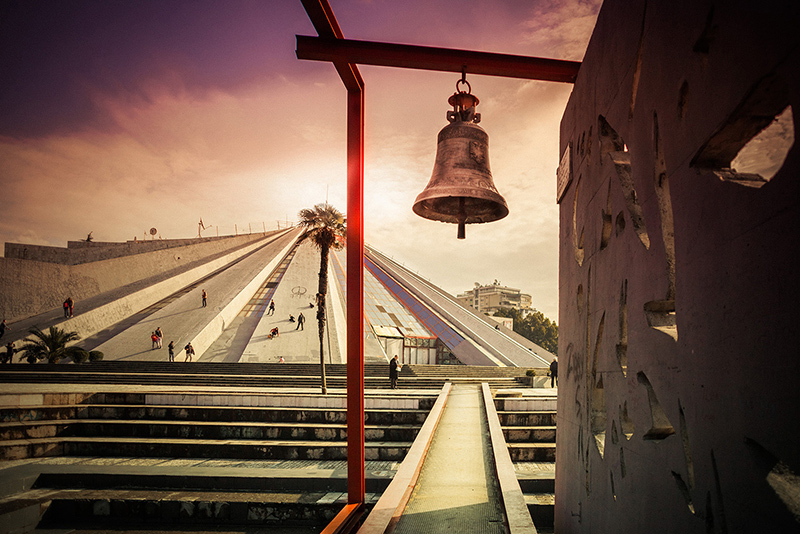 Which future for the pyramid?

From Museum to NATO base

The former Enver Hoxha Museum built in 1988 is a typical example of socialist architecture. The monumental building, in the form of a pyramid, was designed by the daughter and son-in-law of Albania’s last communist leader (Panvera Hoxha and Klement Kolaneci) as well as by Pirro Vaso and Vladimir Bregu. In the post-communist period, it was used as a convention centre and exhibition venue. During the Kosovo War, it was a base for NATO and humanitarian organisations.

What to do with the pyramid?

Today, the pyramid is covered with graffiti, and its once-white marble walls are crumbling. In 2010 the government suggested demolishing the pyramid in order to leave space for a new Albanian parliament building. A heated debate over whether to demolish or restore the building began but no decision has yet been reached.