The Largo ensemble in Sofia (1950s): material expression of the power of the communist regime 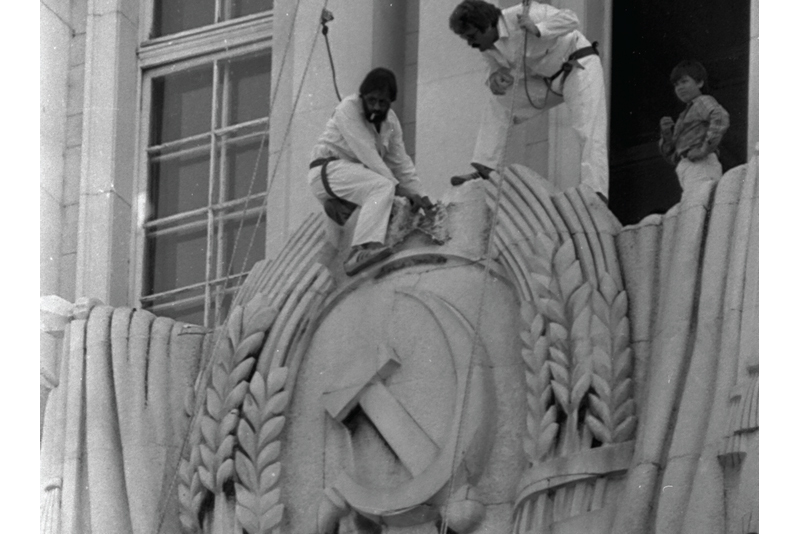 Removal of communist symbols at the Largo, after the fall of the communist regime in 1989 The square was reorganised; excavations brought to light ancient ruins 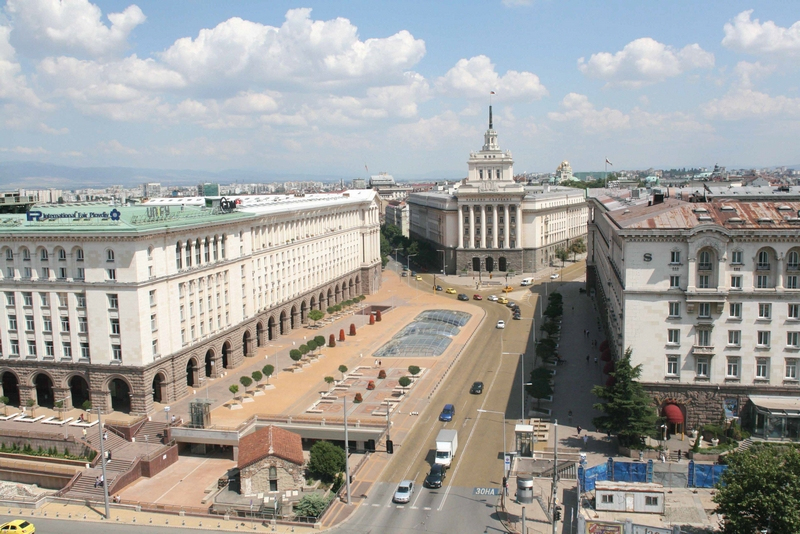 Three glass domes were added to expose the ruins of ancient Trace and the Roman city of Serdica underground. 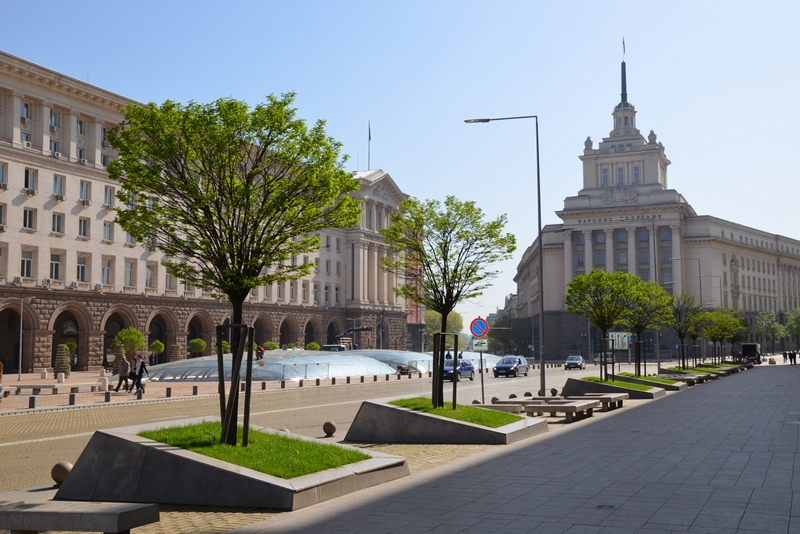 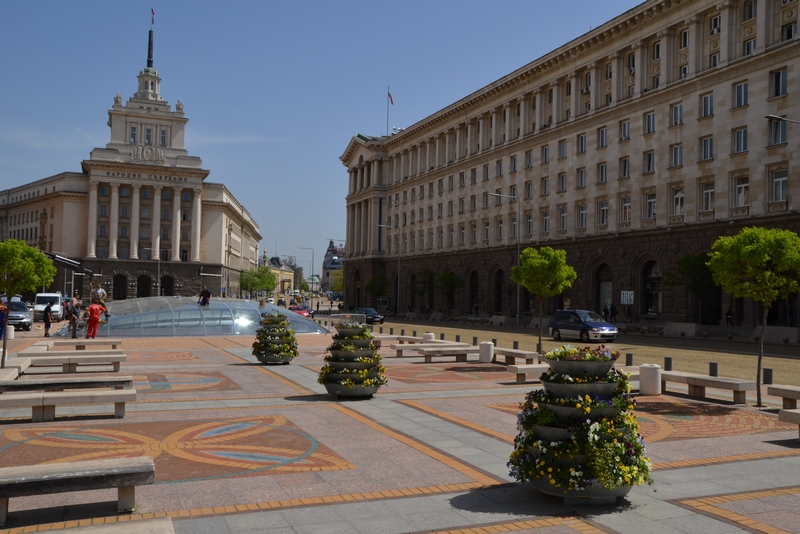 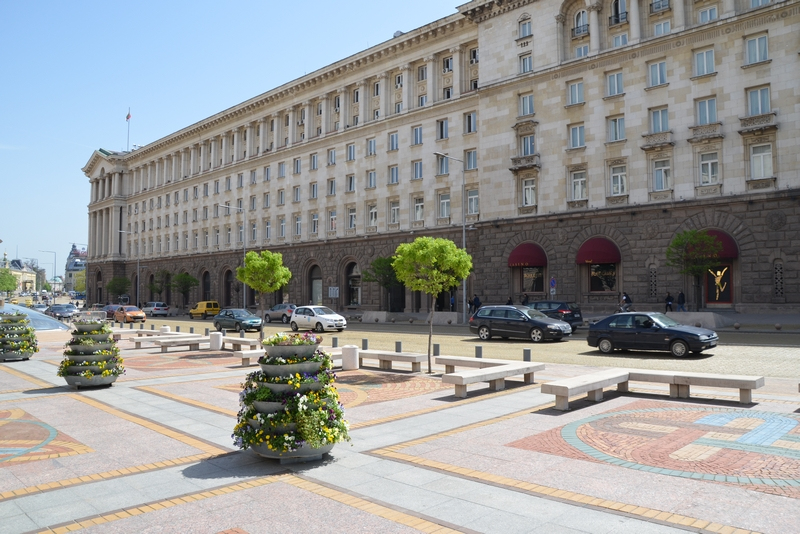 Department Store attached to the Council of Ministers building 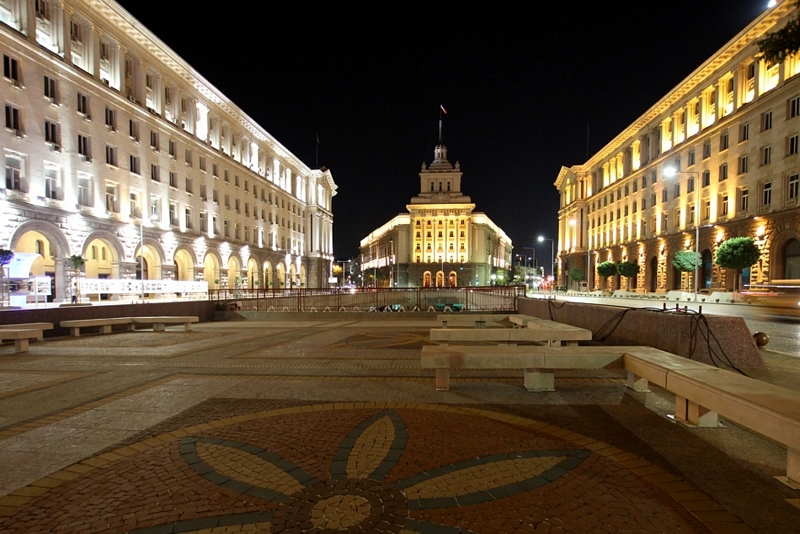 The Largo ensemble by night 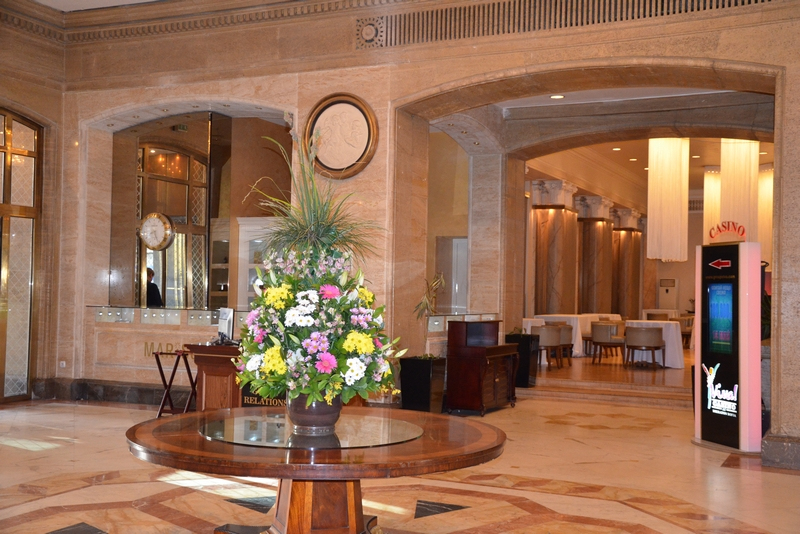 Interiors of the hotel 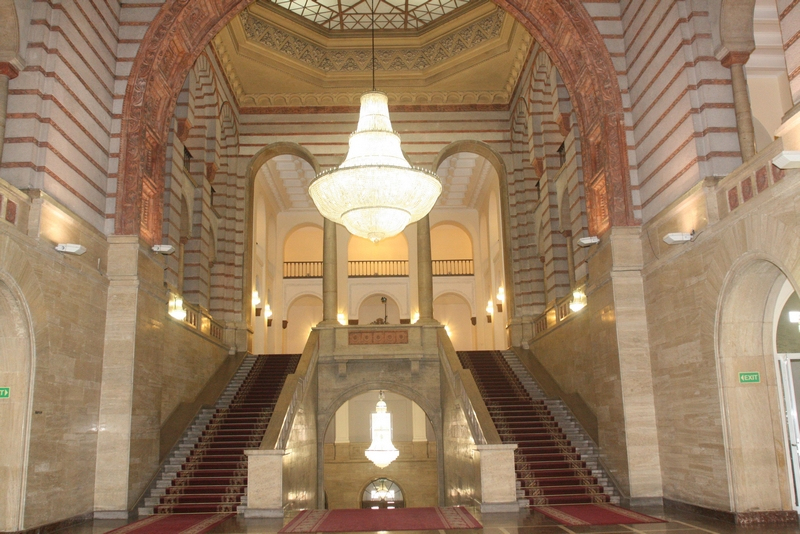 Interiors of the Council of Ministers 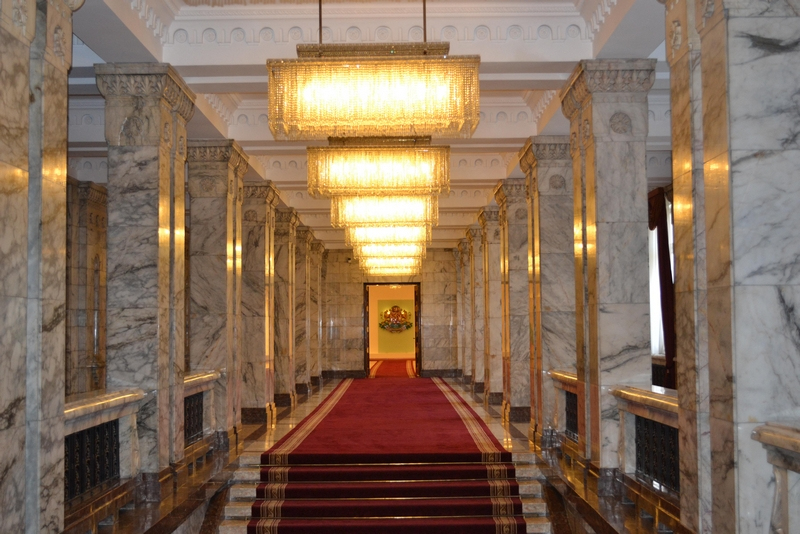 Interiors of the Presidency 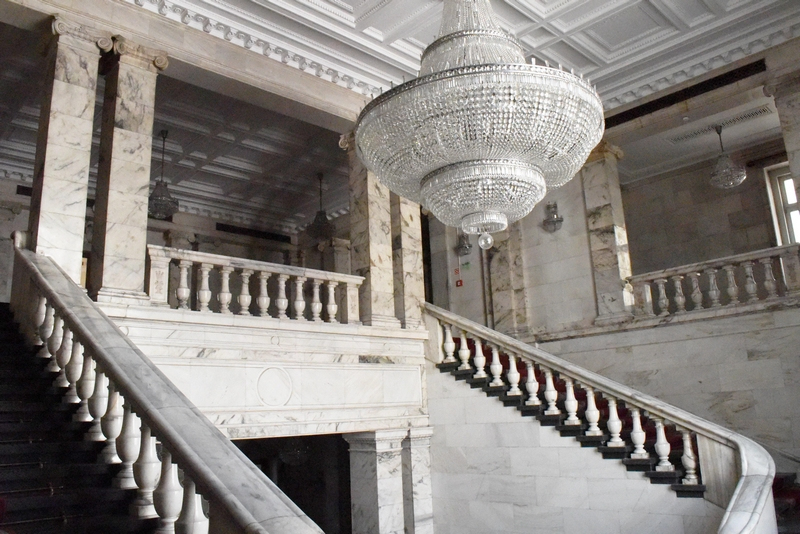 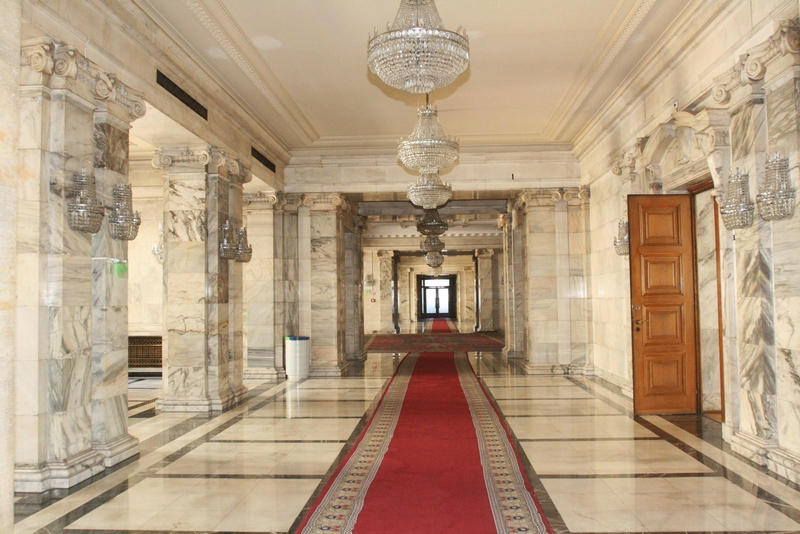 Built under Soviet influence, this huge space once served to glorify Bulgaria’s communist regime. Today, the Largo appears in a new way thanks to three glass domes offering glimpses underground on the ancient city of Serdica.

The Largo is an architectural ensemble in the centre of Sofia, designed and built in the 1950s as the new representative city centre. The symmetrical complex includes a series of buildings: the former Communist Party House (today the National Assembly), two former ministries (today the Presidency and the Council of Ministers), a luxury hotel and the Central Department Store.

It was the first space in Bulgaria to reflect the new ideological orientation of “socialist realism” under the decisive Soviet influence. The new works of architecture had to be “socialist in content and national in form”. In fact, neoclassical forms, monumentality and national characteristics merge into a socialist eclecticism.

A new space to celebrate the communist regime

The socialist reconstruction of Sofia’s city centre started during the so-called Stalinist era. New representative edifices were erected in the place of the buildings destroyed by the Allied bomb raids (1943-44). Competitions were organised with the participation of outstanding Bulgarian and Soviet architects. The new architectural complex was the material expression of the power of the communist regime. The space is not a typical pedestrian precinct, but is designed to hold large parades and events for the celebration of the regime.

Luxurious interiors characterise the political as well as the public buildings. The Balkan Hotel was the most luxurious complex in Bulgaria in the 1970s, a socialist emblem of hospitality. Unique for its time was also the Central Department Store, the first large-scale commercial outlet in Sofia.

The Party House and the ministries in the Largo ensemble served for over 40 years to govern the historical process of the one-party rule in Bulgaria. These buildings are the places which directed the ideological and political education of the nation in order to create a new socialist man and citizen.

Symbolically, the former Party House was crowned with a huge red star. Other communist symbols decorated the façades of the buildings, such as the hammer and sickle, the five-pointed star and heads of wheat. In the 1970s, a monument to Lenin was erected on the open side of the square.

With the fall of the communist regime in 1989, the symbols of communism in the decoration of the Largo were removed. In a symbolic act, the red star on top of the former Party House was removed by using a helicopter. Today, instead of Lenin, a huge statue of Saint Sophia dominates the space.