The Bells Monument is a landmark of “mature socialism“: towards modern European architecture 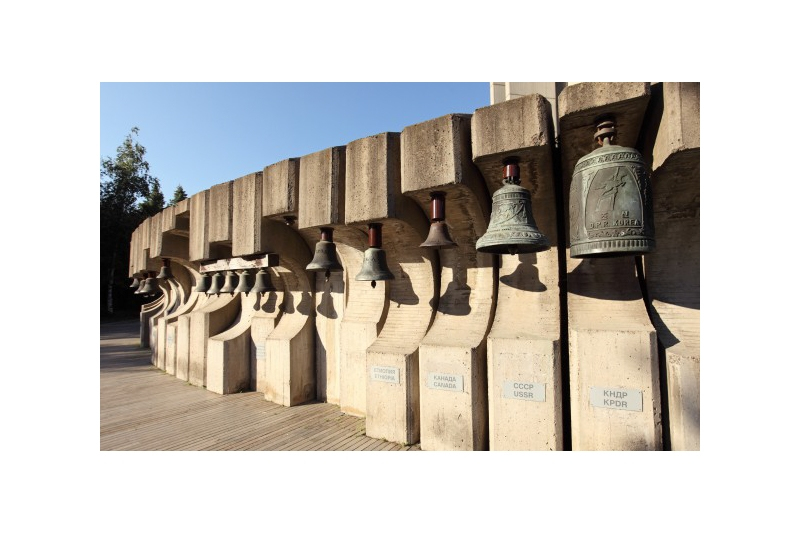 The 37 metres high “bell tower” is surrounded by 79 bells from all over the world. 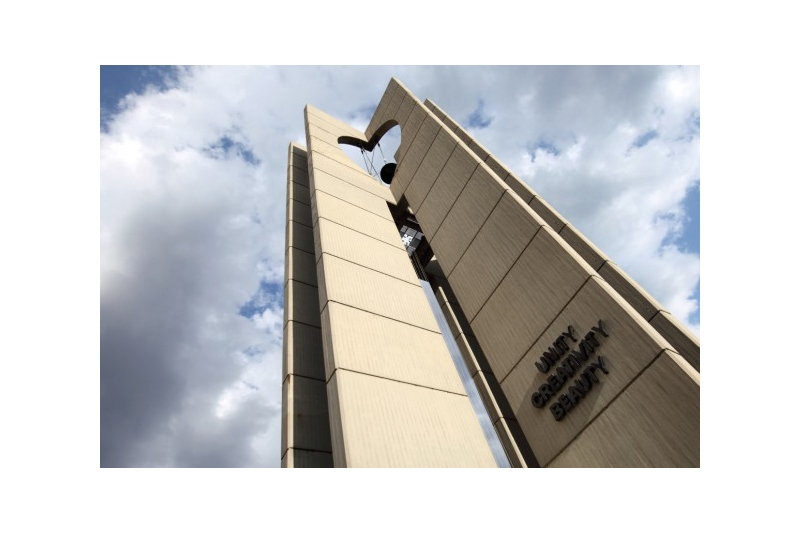 The motto of the monument: “unity, creativity and beauty” 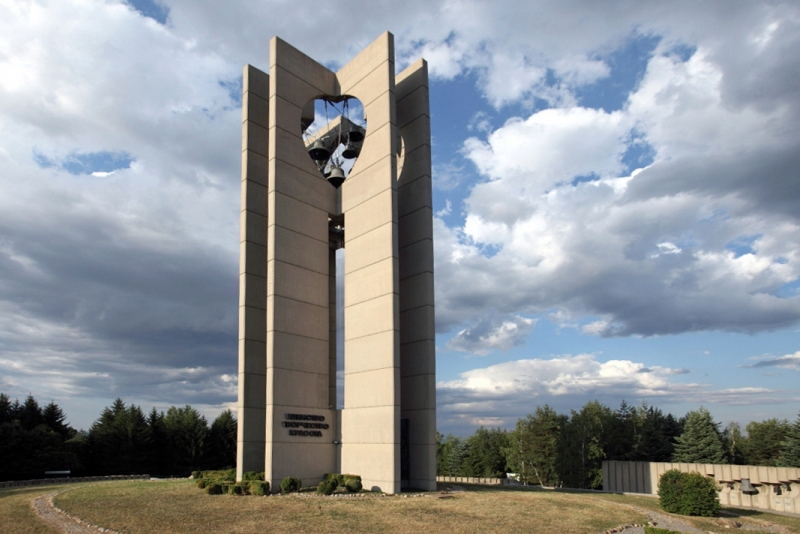 The Bells Monument: an expression of the power of Lyudmila Zhivkova’s cultural policy 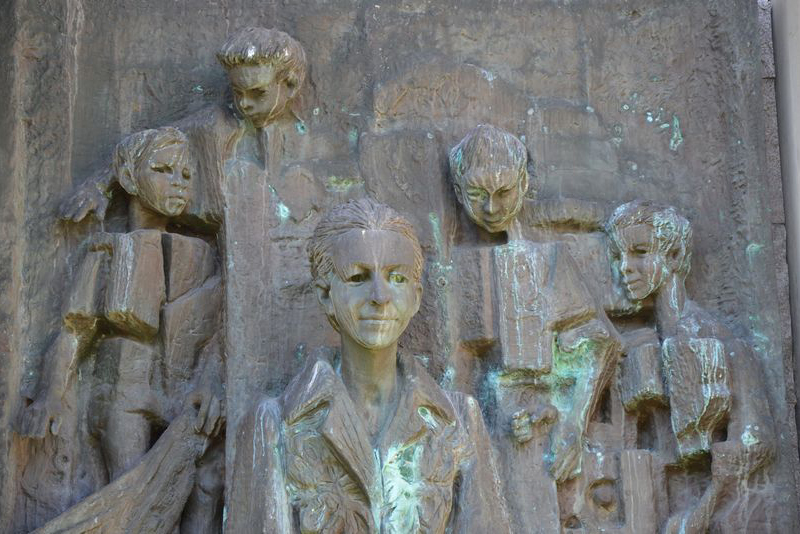 The “Banner of Peace” Monument, or Bells Monument, is emblematic of the late phase of the communist rule in Bulgaria, when the regime aimed at creating a new imagery of the communist project through landmarks of “mature socialism”. Today, this unique monument is immersed in an attractive recreational park.

“Opening to the world”

After the Stalinist period, the Bulgarian communist regime focused attention on landmarks of “mature socialism”, seeking international recognition. The architectural language is directed towards modern European architecture. A typical example of this “opening to the world” is the “Banner of Peace” Monument.

Situated against the background of the beautiful Vitosha mountain, the geometrical monument stands in contrast to the natural landscape. A 37 metres high vertical core resembling a bell tower is framed by two semi-circular walls, which form a sphere around it. Along these walls, 79 bells from 79 nations are supposed to represent unity and equality among the nations. The unique structure was built as the centre for the events organised by the International Children’s Assembly “Banner of Peace”, initiated by Lyudmila Zhivkova, daughter of the Bulgarian dictator Todor Zhivkov (1956-1989).

In fact, the “Banner of Peace” monument demonstrated the power of the new cultural policy carried out by Lyudmila Zhivkova from the early 1970s until the end of the communist era in 1989. It was a crucial contribution to the reinvention of the early ideological imagery of the Bulgarian communist project. Thus, the totalitarian regime established a new system of aesthetic expression, rich in symbolism and ideological suggestion. The idea of “unity, creativity and beauty” is perfectly incarnated in the Bells Monument - a harmonious synthesis between architecture, art and music.

After Lyudmila Zhivkova’s death in 1981, interest in the monument faded and in the period from 1989 to 2010, it was totally abandoned. Finally, in June 2010, the monument was partially restored. The huge bronze relief representing its initiator surrounded by children has been preserved. Today, the park surrounding the monument is an attractive place for recreation.